Introduction to AR, VR, and MR 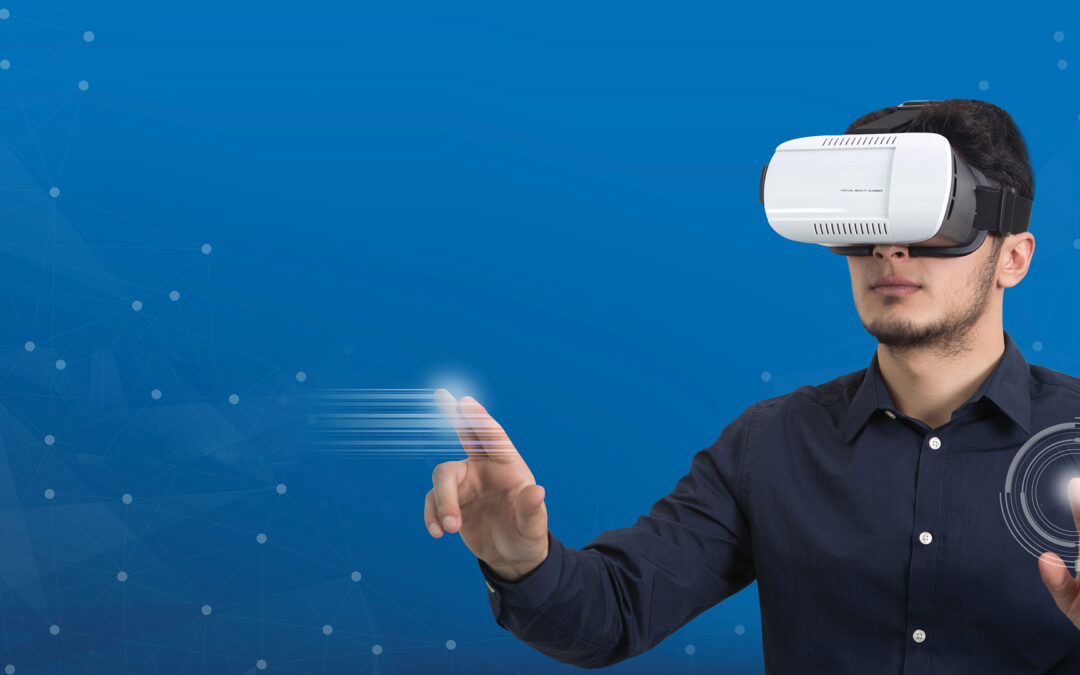 “Everything you can imagine is real.”
– Pablo Picasso

The English Language describes ‘immersive’ as an experience that surrounds the user, grabbing his/her complete attention. Augmented Reality (AR), Virtual Reality (VR), and Mixed Reality (MR) fall under the umbrella of ‘immersive experience’ – which is again a simulated environment that is bizarrely close to reality. So how do they work? This blog covers it all.

Here’s a brief on these concepts:

This is the form of complete immersive experience, in which the user is fully transported to a different world; no wonder gaming is getting so irresistibly addictive these days.

MR includes elements of the above experiences, as it overlays and anchors virtual objects to the real world. 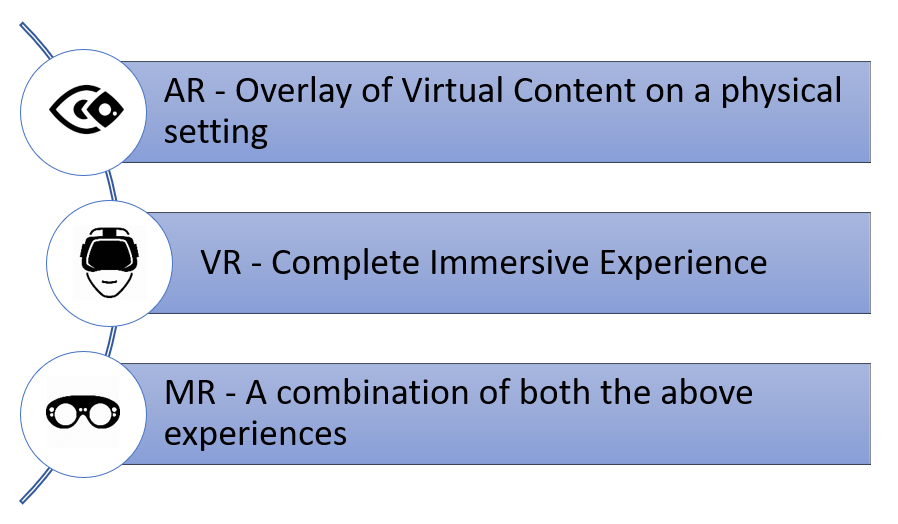 AR keeps you where you are, but with the gift of digital information. It is, as already observed, the overlay of virtual content on a realistic environment. Such a content could be in the form of images, videos or interactive data. A few popular examples of this technology include the game Pokémon Go, Instagram face filters, Snapchat, etc.

AR can be experienced by all users, anytime. Smartphones and tablets of today run AR applications using a camera, through which it captures the real world and converts it into virtual realms. To provide you an example from our pages, we developed India’s first ever 4D Augmented Reality application when the Rajnikanth starrer Kochadaiiyaan hit the theatres. The app, now available on Karbonn phones, enables users to view different angles of a shot, which is not quite possible in a theatre.

Users may also experience AR with specific smart glasses or headsets, though the same mustn’t be confused with virtual reality headsets (we’ll get to that).

The technology is handy in the following spheres, among others:

Virtual Reality is a fully immersive experience that momentarily transports the senses to another environment. Unlike AR, the user doesn’t get a feel of his/her own surroundings while experiencing it, so much so that people have in some cases experienced smell.

The people of today are reportedly attentive for a very short span of time. The mind of man prompts for experience, which is impossible to render in the realms of traditional corporate/military training, customer experiences, etc. This makes it imperative for an out-of-box solution like VR experiences.

For example, we happened to work with a renowned police department who had approached us to help create a system through which they could empower and train their officers in learning the science of forensics and advanced crime scene investigation. Our team came up with a VR environment that replicated real crime scenes, which enabled the trainees in understanding, analyzing and solving crime issues in a manner that is effective. This example falls among the list of many experiences we’ve created at TNQ InGage.

Virtual Reality has been vouched as a technological medium that could change the way people work, live, and consume entertainment – for the better.

Don’t look at your PlayStore yet, VR isn’t as accessible as AR though efforts are being made to make it affordable to the common man. Disregarding this, the VR experience has proven to be cost-efficient and productive in many of the aforementioned realms. The technology can be experienced through special VR headsets that are connected to a computer or gaming console.  A few examples of these devices include HTC Vive, Oculus Rift, Samsung Gear VR, Google Daydream, etc.

Following are some of the major areas of VR applications:

MR has facets of both the above experiences, but that doesn’t explain it all. Apart from overlaying virtual content, it anchors the same to real-world objects and enables the users to interact with it. While VR merely provides a realistic experience, MR connects the users to a real world around them.

Mixed reality experiences can be consumed by Holographic and Immersive devices. The former is known to project digital content in the real world in a realistic manner, while the latter takes away the physical world to render an immersive digital experience.

MR could be applied in the following areas:

Click here to understand how AR/VR could transform businesses

The pace of immersive technology adoption is faster than anticipated and is set to be the new normal. While technology is on the receiving end of laments owing to the trend of ultra-modernization, the choice of right technology, and the optimal use of it, could potentially do wonders.